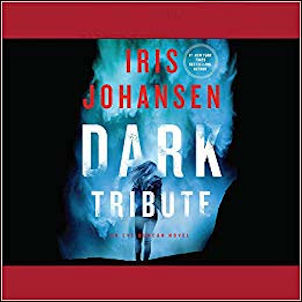 Eve Duncan #24 is written solely by Iris Johansen (her son Roy and she collaborate on the Kendra Michaels novels). We concentrate here on her family: adopted daughter Cara is a celebrated violinist and her youngest son Michael yearns to see his famous sister. He plots to get her to return home to Atlanta to have her meet her on-again, off-again boyfriend, Jock (is he an assassin?). As she returns home she is kidnapped. Perhaps someone from her grandfather's past is involved. He's a Russian crime lord.  Oh, and don't forget Eve's husband Joe who is an ex-SEAL, ex-FBI agent, and now an Atlanta PD detective! Well as you can guess, everyone gets involved to save Cara. Will they? You'll have to read it to find out. 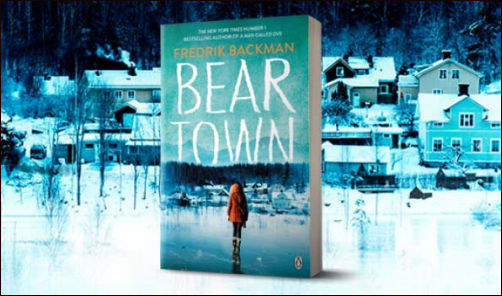 If you saw the movie, "A Man called Ove," or read the book, this is by the same author and is translated from its original Swedish. Strong insight into a small town where winning a junior league hockey game trumps all, even if you have to cover up the accusations of rape against its star player. Homophobia, sexism, politics, and misogeny are rampant throughout the small Swedish town of Beartown. Bullying and strong anti-immigration feelings prevail also. A good read, but be prepared to be provoked.
**** 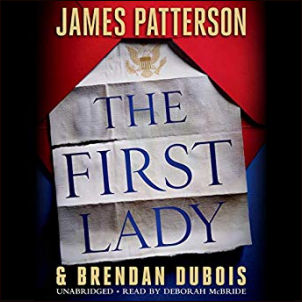 The First Lady by James Patterson co-authored with Brendan DuBois

Great follow-up to "The President is Missing," (co-authored with Bill Clinton). Here, it's the F.L.O.T.U.S. who has been kidnapped, or gone missing, after her husband's affair with a beautiful lobbyist becomes front-page news ("The Ambush in Atlanta"). Told from several points of view: the Secret Service Agent in Charge, Sally; the President, Harrison; his Chief of Staff, Parker; the mistress, Amanda; the First Lady, Grace; and the hired assassin, Marsha (who is SHE working for?). Many, many false leads and twists and turns will keep you on the edge of your seat as Sally tries to find and save Grace before whoever is kidnapping or trying to kill her, can succeed. This is Patterson at his best. Co-author, Brendan DuBois does a nice job here as well and the book sleeve tells us he is a former Jeopardy! champion and defeated the Beast on “The Chase.” 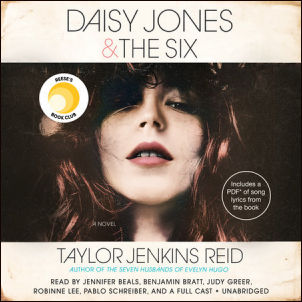 Written as a fictional oral history, this novel is about a legendary 1970s American rock band. It is a fast, entertaining and propulsive read capturing the dramatic ups and downs of the rock music lifestyle. This storyline is everywhere right now in movies like A Star is Born, Queen and in many recent rockstar memoirs and biographies. Jenkins Reid is a talented writer, balancing a quick, easy style with rich character development and emotional insight. 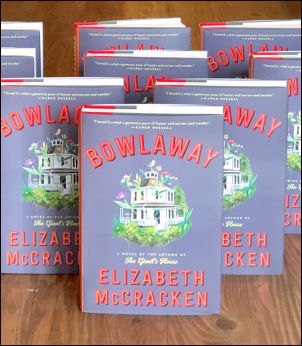 This darkly charming, eccentric novel is about a candlepin bowling alley and the three generations of the New England family who owned and operated it. This is a very American folk story that creatively connects the shifting and tumultuous politics of the turn of the century, including suffrage, industrialization and civil rights, with the bold, dynamic lives of the characters starting with Bertha Truitt who opens the alley in the late 1890s. McCracken is very much influenced, I believe, by Flannery O’Connor, the American Southern Gothic writer whose characters’ physical oddities defined or enhanced their personalities in outsized, mythical proportions. The unforgettable characters and the dramatic family saga make this a poignant and fascinating read. 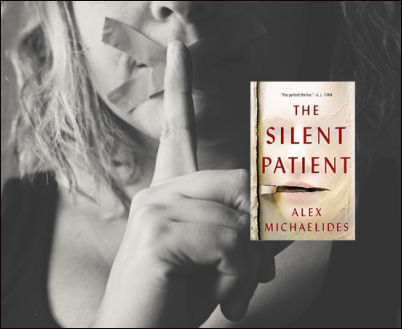 The Silent Patient, by Alex Michaelides

This debut novel is the best psychological thriller I have ever read. Set in London, the story is about a famous painter who kills her husband and never speaks another word. She’s confined to a mental hospital where a psychiatrist with an interest in the case treats her years after the incident. From there the story takes a riveting, twisty path toward uncovering the truth of what really happened.  No spoilers here-I guarantee you will be shocked and shaken by this brilliant book. For an extra creep literary experience, listen to the audible version. 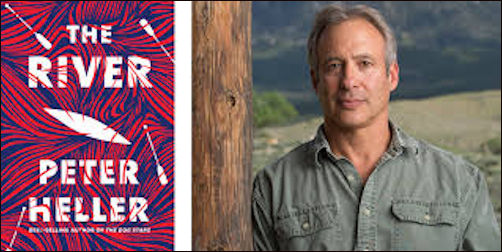 The River, by Peter Heller

This chilling novel is about two Dartmouth College students, Wynn and Jack, who take a canoe trip through Northern Canada. A wildfire and encounter with others in the woods turns the story to one about a dramatic and tense race for survival. Wynn and Jack are old-school outdoor adventurers, deeply connected to nature and the environment and the writing about the setting is nearly poetic in its description. This is a fast-paced, often terrifying book, beautifully written.  Mentions of Vermont and the Adirondack High Peaks lend familiarity.