Paul Rosenberg: the Creator of the MHR Marathon 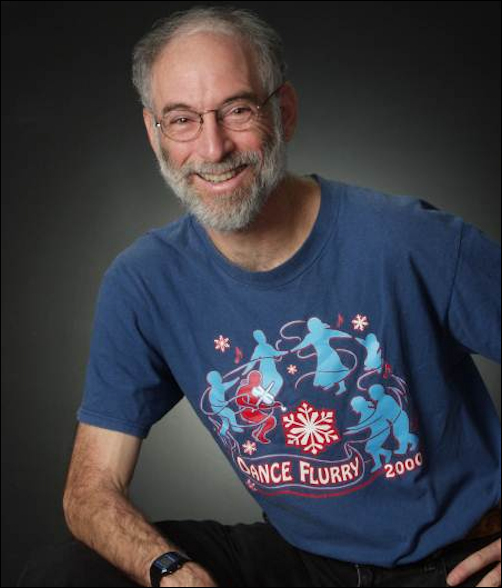 Paul Rosenberg is a man of action who doesn’t take no for an answer or abide by the cliché, “We have always done it that way.” He fights for his convictions and has had some impressive victories. He is the creator of the Mohawk Hudson River Marathon even though at the time, the set backs seemed monumental. He is still waging the good fight and is trying to get more changes to improve the MHR Marathon course and make the Capital District a friendly place for runners, bikers and walkers, but more about that later.

He joined the HMRRC in the autumn of 1972, about a year after it was founded, being encouraged to join by its then president, Don Wilken. Paul wasn’t an athlete in high school and became interested in the sport while a student at SUNY Albany. He found he loved running around the roads of the campus and was good at it. HMRRC had outstanding runners training on the campus and he remembers being mesmerized by seeing one of the all time greats, Tom Robinson, whiz by him frequently. So after graduation Paul became a regular HMRRC volunteer and directed almost all the races of the club from 1975 to 1987. 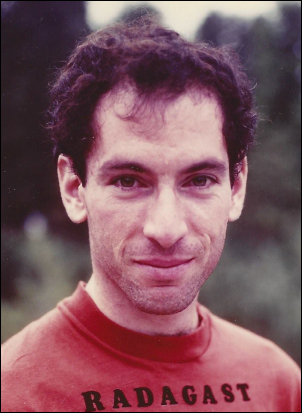 In 1974 a winter marathon was created, consisting of four loops around the SUNY and State Office campus. It was officially called the HMRRC Winter Marathon and unofficially the “Boston Qualifier.” It was a last minute way to qualify for Boston, but Boston has since stiffened its entry rules as many are painfully aware. So, what made him think another marathon was necessary?

Paul was running in the Price Chopperthon (originally the Bankathon), a 30K that went from Schenectady to Albany that ran on and off from 1974-1994. In 1976, it was won by Bill Rodgers, who at the time set the record for the course of 1:29:04. During the late ‘70s a running boom took place in America that was spurred on by U.S. long distance runner Frank Shorter’s gold medal win in the 1972 Summer Olympics followed by his silver medal win in the 1976 Summer Olympics. Paul realized that marathons were becoming important events and our club needed an inviting marathon, not a bleak one run during the dead of winter. So, Paul took action.

The beauty of the Mohawk River bike path in Colonie and Niskayuna was breathtaking and a potentially fast course for runners. Paul noticed a beautifully preserved quaint railroad station (presently near the eight mile point of the MHR Marathon) at Niskayuna Lions Park that made him realize that the bike path might be part of a much longer abandoned railroad that could be explored and developed into a longer bike path. He found out that it was part of a historic rail line (1841) that went from Troy to Schenectady!

So he went the other direction towards Cohoes, and realized that the path did go through Cohoes but presented problems. It was overgrown, muddy, wet and wild. He had to do some bushwhacking to get through but thought how perfect it was since it went under Rte. 9 avoiding the nightmare of crossing Rte.9, and heavy traffic on the streets in Cohoes. What a perfect place for a marathon that would extend from Schenectady to Albany! To realize this, much more needed to be done.

Federal funds had been awarded to Cohoes to build the path, but the city council at first refused them. The reasons they gave for the rejection were that it would encourage crime by becoming a teenage hangout and that they did not have the money to maintain the path. Paul countered those arguments by pointing out that it already was a teenage hangout and that by clearing it and laying a good path, the police would have easy access to patrol the area. The maintenance cost, he said, could be obtained from other sources. Despite Paul’s reasonable argument, the board voted a unanimous 6-0 against it.

This didn’t deter Paul from his mission. He called then mayor of Albany and Democratic party chair for Albany County, Erastus Corning’s office multiple times with no success.  Next he contacted the infamous county executive Jim Coyne who admonished him for calling Corning first and said that the maintenance should be done by Cohoes, not the county. Paul then pursued a number of other politicians with no luck. His next step was to start a petition. He stood on the bike path in Colonie and Niskayuna, and at Cohoes gatherings, festivals and any other place where he could find people willing to sign.  His luck was about to change.

Ralph Martin, the columnist for the Knickerbocker News, (also a member of HMRRC) which was later absorbed into the Albany Times Union, wrote a front-page story on Paul’s plight that galvanized local officials. He started his article with, “Poor Paul Rosenberg standing out in the rain getting people to sign a petition for a bike path in Cohoes.” That day, Paul received a call at his state office from Erastus Corning!! The first words out of the Mayor’s mouth were: “What’s this about a bike path?” He was all business and wanted to know what was needed and why Cohoes would not maintain it. He told Paul not to worry and that he would get his bike path. Within a week or two the Albany county legislature had its meeting and a resolution was drawn up for the county to maintain the bike path through Cohoes. Because Erastus Corning had the authority the bill passed. He also influenced Cohoes town officials who again voted on the proposition and this time they unanimously supported the bike path.

So even though you may think the story is over, you are wrong. Next the HMRRC race committee had mixed feelings about the idea of a fall marathon, maintaining that there was already a winter marathon; and another big event in October would compete with the club’s major race, the Stockade-athon in November for which they always had trouble getting volunteers. Paul argued that because 16 miles were on the bike path the race would not need so many volunteers. The meeting took place at Ed Thomas’ house and one of Paul’s favorite memories was gaining Ed's support. He spoke in favor of a fall marathon and that they should give it a try. Before the club would give approval, however, race committee members stipulated that there should be a 25K trial run on the bike path.  The trial race was a success and the following year the marathon became a reality and the rest is history as they say.

Paul is on right in a black tuxedo

Today, Paul is crusading for other major initiatives that will make the Capital District a better place to live in. Here are some of the specifics.

To make the marathon course better he has the following plan. There is a section of the present course in Cohoes where the bike path ends and runners are routed through the streets of Green Island and Watervliet. This is the least pleasant part of the course and Paul believes can be avoided. There are old rail bridges that are still intact over Rtes. 32 and 787, and there is also an interruption of the original Troy-Schenectady rail line where the Norlite Company in Cohoes has a big mining operation. Paul thinks it is feasible to skirt around the Norlite site and get back onto the path of the original railroad. If this can be done, runners wouldn’t have to go through the streets of towns where running is less pleasant and safe.

The plan afoot is for all of the bike paths in the Capital District to be connected. Presently, the Capital District Transportation Committee, is getting ready for a final draft on how to connect the different paths and what the priorities are. Please contact this committee to encourage them to support this plan and let them know your feelings. Contact Assemblyman John McDonald, himself a runner, to let him know how important this issue is to you. He also may be able to help with the Norlite Plant obstacle. Paul also has another great idea. The section where runners leave the bike path to go under the Northway could be avoided by building a tunnel. Presently a new exit to the airport is being constructed that is costing millions. In contrast, the cost to build a tunnel would be a fraction of that amount and would be a win for all. The biggest priority statewide with connecting bike paths is to complete the Empire State Trail (Buffalo to Albany and NYC to Canada), and the MHR Marathon course uses most of the local sections of that trail. Paul's dream is to have as much of the Marathon on that Trail as is physically possible.

On October 7, you can see Paul running the MHR Marathon. He is looking forward to it and is training hard. Part of him says that to be on his feet for five hours is ridiculous but another part says, why not! If you want to cheer him on, that would be great. Interestingly, he asked me if this article would be published before or after the race. I told him before and he replied, “How will anyone know how I did?” I assured him that it would be in the next Pace Setter. So stayed tuned and in the meantime write to the CDTC and Assemblyman John McDonald to let them know how important the bike paths are to you and the health of the Capital District. 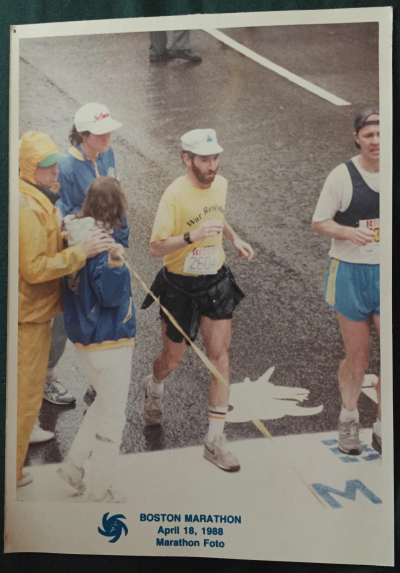