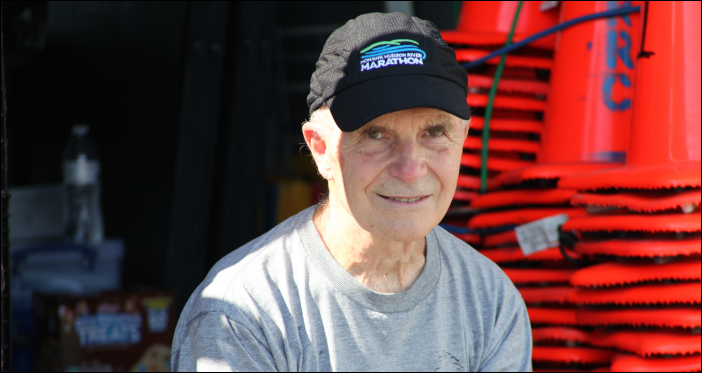 HMRRC is in very good condition. Administratively, we've made considerable enhancements over the past 12 months. Financially, we're in excellent shape. Organizationally, we continue to put on a significant number of well-organized and popular running events. We give back to our community -- both to the runners who make up our membership and to the broader community at large.

But we're not without our challenges.

In this report, I'll touch on both the positives and concerns, as I see them.

Administratively, the club has undertaken two major initiatives. First, we are deep into a full audit of the club's finances. We've hired the accounting firm Marvin and Company for this task. At the end of this process, we'll receive a report that will undoubtedly outline a number of recommendations to improve or correct our accounting practices. Those procedures have already been improved dramatically by our earlier adoption of two online services -- Quickbooks Online and Bill.com -- that have greatly facilitated the work of our two club treasurers and our executive VP for Finance. I'm personally indebted to Cathy Sliwinski, Jon Golden, and Nick Webster for the time and effort they have put in with respect to the audit. When the auditor's report is completed, we'll post it online. 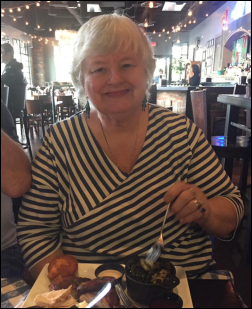 Marcia Adams (right) will be taking on this role. Most of you know Marcia. In my opinion, she brings a unique combination of knowledge, work-ethic, and intelligence to the position. She's someone who has always had the club's best interests at heart. I have no doubt that her taking on this responsibility will be a significant plus for the club.

In addition to expanding the role of the AA, the club will be employing a bookkeeper to assist our financial officers with their tasks. Laura Keyes of Common Cents Accounting will be taking on this role as a contractor. As with the AA, our expectation is that many of the more mundane tasks now performed by our club treasurers will be performed by Laura.

Financially, the club remains on very solid footing. We continue to have significant cash in the bank, thanks to the continuing profitability of our major events, the Workforce Team Challenge, the Mohawk Hudson River Marathon and Half Marathon, and, to a lesser extent, the Stockade-athon. During 2018, the board addressed the issue of how this resource should be handled. We determined that a reserve of $300,000 would be appropriate for the club. We then determined that the best use of our surplus -- I.e., the amount of money we have in excess of the reserve -- would be to employ the administrative assistant and to hire the bookkeeper.

Over time, these steps should result in our surplus gradually being whittled down. We expect that other factors will also contribute to this decline. For example, our major events will likely see declines in their profitability and our second tier events see larger losses in upcoming years, as expenses increase and participation levels decline.

With respect to races, we have some challenges. Participation in running events has been declining nationally for several years. Our experience is no different. Many of our smaller and mid-sized events have seen sizable drop-offs in the number of runners. And, while our major events continue to draw well, we can feel the sand shifting beneath our feet. For example, the Hannaford Half Marathon only reached its maximum number of participants a month or so ago. Only a few years ago, it sold out in a matter of days. And registrations for the Fall marathon are down by several hundred over just last year.

Of course, this trend begs the question: should we preserve our race schedule? What changes, if any, should we make? In my opinion, races have a life expectancy. When interest in an event declines to a certain level, we should let it die. Using club resources – financial and personnel – to keep events going after they have outlived their popularity makes little sense to me. We have a couple of events on our current calendar that fit this description. We dropped the so-called Summer series from our race calendar in 2018. I expect that Jon Rocco's race committee may consider eliminating an event or two in 2019. At the same time, we should not shy away from the possibility of creating new events that better reflect runners’ interests.

Another race-related challenge is the recruitment of qualified race directors. The directors of some of our major events have been in the saddle for a long time. We can reasonably expect them to hang up their spurs some time in the near future. Where will we find their replacements? In my opinion, our decision to move forward with the hiring of an administrative assistant will help, since many of the tasks undertaken by our RDs may be assumed by Marcia and, as the burden on RDs is reduced, recruitment may become easier. But it won’t be easy.

Some members have suggested that compensating race directors is a potential solution to the RD recruitment problem. That's a possibility, but I'm not sure how easy it is to implement. What would the compensation be? What responsibilities would the paid RD bear. (Presumably, there would be some relationship between what the duties are and what the compensation is.) How would a qualified RD be recruited? Who would decide who's competent? What oversight is required? What impact would compensation have on the club's other programs? What about the coordinators who work under the RD? Should they be compensated, too? What about the club's long tradition of volunteerism?

Moreover, I think compensated race directors may only be a viable solution for our major events, the ones that generate a profit. If we want to preserve our race schedule as it is, we need new people to step up as directors.

Don’t get me wrong. I’m not opposed to compensating RDs. I just think there’s more to the issue than “they deserve it and we’ve got the money.”

Finally, I'd be remiss if I didn't mention one other highlight from 2018. At the beginning of the year, Chris Bishop assumed responsibility for developing content for the club's web site. Chris has done a terrific job, and I appreciate her hard work and dedication. 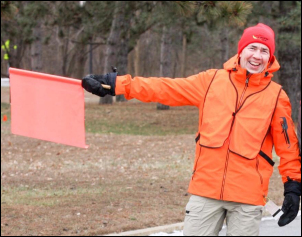 On October 1, Frank Broderick (right) will assume the presidency of HMRRC. So, this is my last official function. I'd like to thank the other members of our board of directors -- and other key contributors like Ken Skinner, Ed Neiles, Mark Warner, Tom Adams, Maureen Cox -- for their hard work and dedication to the club. My first term as HMRRC president was in 1982-83. The club has evolved dramatically over those 30-plus years. Its operation is dramatically more complex and demanding and, without these incredibly hard-working and competent people, it's difficult to imagine how it would have continued to enjoy the success it has. You all have my heartfelt thanks and appreciation. 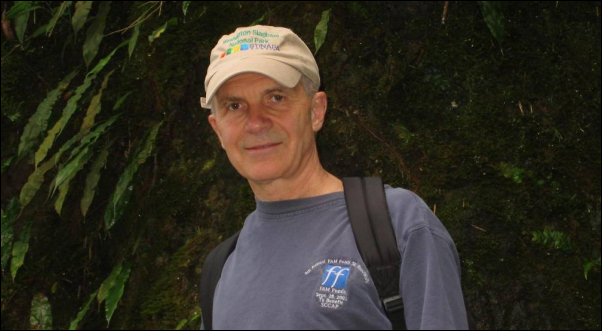 Thank you, Ray, for your untiring work on behalf of our club!