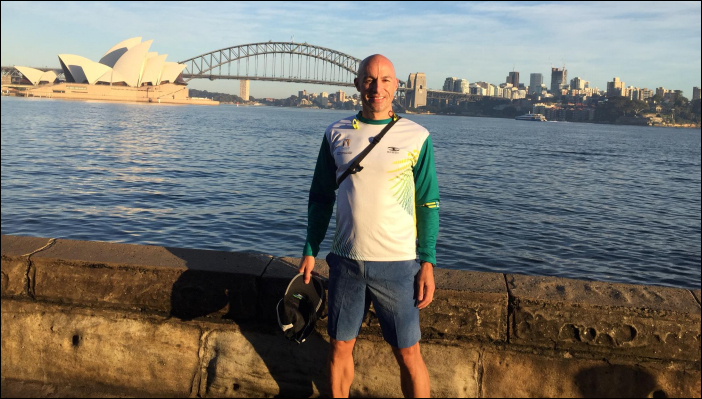 A profession in sports medicine can involve many different elements. Many of us work in a private or academic practice providing medical care to athletes across all ages and pursuits. However, it is our specific interests within sport that can lead us to opportunities that set us apart. This is often how we become involved with coverage of events outside of the office. Through training, most of us are comfortable in the office or on the sideline of a football game. But, when we provide care for athletes in a national or international setting, we are able to push ourselves, thus expanding our experience and knowledge in medicine, sport, and life. 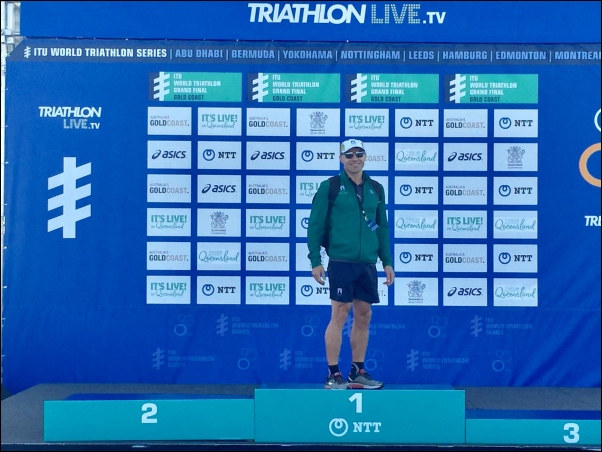 As a longtime runner and triathlete, I have a strong interest in the medicine of endurance sports. Through this I have developed many contacts in the triathlon world. In 2016, via one of these contacts, I was asked if I was interested in coverage of the Australian national age group triathlon team at the short course world championships. My task was to care for about 250 athletes who had travelled to Cozumel, Mexico, to compete in the International Triathlon Union World Championships in either sprint or standard/Olympic distance. I provided care to the athletes before, during, and after the competitions, both at the race site, at the hotel, and in the community hospital. The scope of practice was quite broad, involving travel, environmental, and trauma medicine. Dermatology was important as I encountered several athletes who had unusual rashes and skin maladies. The biggest challenge was the race itself with an oppressive heat index that pushed many of the athletes from the course and med tent to the emergency department! However, the experience of meeting athletes from another country and culture was tremendous and changed me as a physician and a person.

The experience in Mexico was quite positive overall and I was able to build several relationships with the Triathlon Australia team staff as well as the athletes. Thus, I was invited to accompany the team again in 2017 to Rotterdam, Netherlands. This time, care of 300 athletes was less intensive as it was cool and rainy so I was most challenged with bike trauma and travel illnesses. A challenge that Aussies face is that they aren’t close to anywhere in the world, thus their travel is usually quite intense! They often face gastrointestinal and respiratory illnesses that while usually uncomplicated, however, have the potential to derail them from a race goal that has been often months and years in the planning. 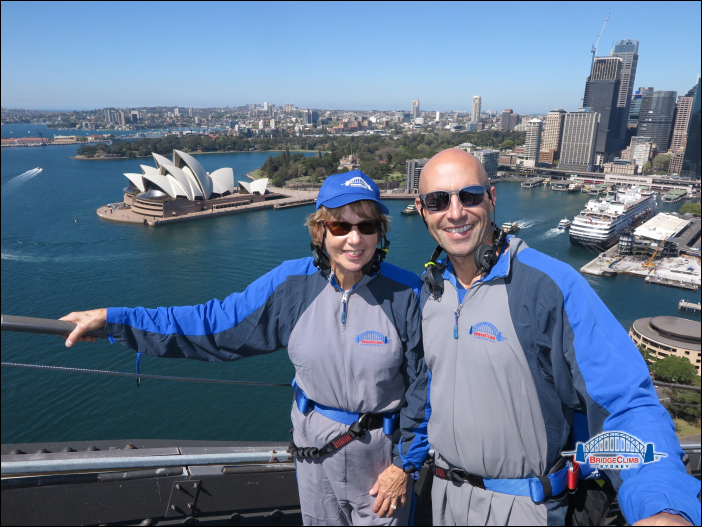 I write this article on the airplane, while returning from the third chapter of working with the team, this time in the Gold Coast of Australia! Given such a distance and exciting place, I decided to invite and bring my mother along as a “travel buddy”. We had a great time seeing the country and spending some time in Sydney as well! We both enjoyed the experience and my mother was able to cross some things off her “bucket list!” Australia brought on its own challenges of long distance travel for me and care of nearly 1000 athletes! Thus, logistics was the chief problem on this trip. Coordinating the care of athletes was a major problem because the race venue was 4 K from the hotel and athletes were scattered throughout the city requiring them to use cars and mass transit, while contending with volatile weather. The Aussie team manager, with whom I have become great friends, was indispensable in helping to synchronize the athletes and consequently we had no bad outcomes. Despite there being 3-4 times the number of athletes, medically this was the easiest year to date! It even allowed us to have more time for sightseeing! 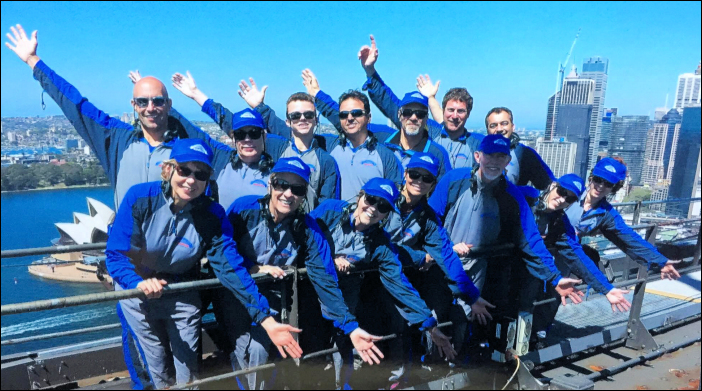 I deem myself quite lucky to have developed this relationship and opportunity which has been a tremendous source of professional growth and enjoyment. I plan to continue serving as team doc to the Tri Australia team at worlds in the future - next year in Lausanne, Switzerland. The Australian team is a vigorous, enthusiastic, patriotic bunch truly enjoyable to meet and care for. The opportunity to interact with foreign athletes while at the same time seeing the world has been an indispensable experience!