Many people talk about the running boom of the 1970s and early 1980s. This period of time saw a large increase in the number of people participating in the sport of running for both fitness and competition. I personally came of age in the 1990s and early 2000s during what many people consider to have been a lull in the sport of distance running. It’s a pleasure, therefore, to see that people are taking up running and participating in races in record numbers. In many ways running has experienced a second boom over the past seven to ten years.

This second running boom has seen an increased number of individuals participating in running and competing in races. Many of these people are coming to running later in life and are looking for guidance through the training process, as well as someone to help them navigate the racing landscape. In the past this guidance would typically come from one of two sources. The first source of information was asking the “fast people” what they did and trying to replicate it or asking someone with more experience than them for advice. This process has potential drawbacks in that the sometimes the people who are faster or more experienced are not necessarily doing the most advisable things (especially for a beginner). Whether it is to get in shape or race it has become common place to look for a coach.

For me the decision to more formally pursue coaching was both a natural and unexpected progression. Over the years I have been on the receiving end of questions about training, racing, and running. As I saw people begin to use run coaches and I continued to receive questions about running I decided to offer coaching to individuals who wanted my guidance. The process involved many steps including becoming USATF Level 1 certified in the fall of 2017. This demonstrates that a coach has a basic level of knowledge about training and also shows that they have made the commitment to learning about the sport and process of coaching. An individual looking for a coach should make sure the individual they use has taken the time to get a minimum of a USATF Level 1 certification or the Road Runners Club of America (RRCA) or IAAF equivalents. This spring I had the privilege of attending the Jack Daniels VdotO2 Coaching Clinic at Tracksmith in Boston. 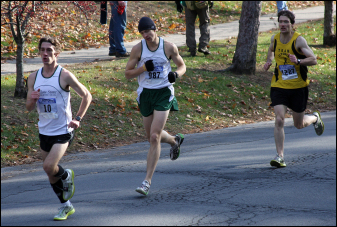 I enjoyed attending the VdotO2 coaching clinic because it focused more extensively on distance running and allowed me to reflect on the process of coaching. An additional bonus was meeting Jack Daniels in person and guest speaker Lynn Jennings (Jennings is an American 10,000 meter bronze medalist at the 1992 Barcelona Olympics).

I was fortunate to begin running at an early age and had a coach in high school who cared a lot about developing the individual and athlete. This was done by creating a positive atmosphere for everyone on the team, fast or slow. The importance of having this type of coach, especially at the high school level would not occur to me until many years later. After high school and college I noticed that many of the most competitive athletes simply stopped running because of burn out and lack of enjoyment. I realized that many of my former teammates and myself had continued running; many of us becoming more successful as the years progressed. Prior to college and through the first two years at college I had generally thought that the faster people were fast and training simply allowed them to stay or maintain their ability. I was generally somewhere in the middle to back of the pack but competed because I enjoyed running and the people I met. While at college I was fortunate to have a cross country and distance coach my junior year who created a positive atmosphere but also showed the team that with structured training one could greatly improve their ability. It was also around this time that I realized that I excelled at longer distance races.

After finishing college I continued to run but had no notion that a coach could be beneficial. I read books on training and focused my efforts towards the half and full marathon. I also trained and did workouts with individuals from Willow Street and Albany Running Exchange. This process led to steady improvements. In the spring of 2011 I met Dick Vincent (the coach of Albany Running Exchange) at the Kingston Classic. I was helping with race timing, running, and training for the Providence Marathon. While Dick has never formally coached me he has certainly been a mentor and has freely offered advice whenever I asked.

The first time I formally hired a coach was in 2012. My reason for hiring a coach was that I had reached a plateau in the half and full marathon. I thought that having an outside person provide feedback and introduce new workouts would be helpful to my training and racing. At the time there were not a lot of individuals offering coaching to runners. I met the individual I hired to coach me, Scott Bessette, at a road race in Rhode Island through a mutual friend. We talked after the race and Scott said that he had begun coaching runners in addition to starting his own practice as a mental health counselor. The decision to coach was because of his connection to the sport, his desire to help people, and desire to work with athletes. I worked with Scott from 2012 until the beginning of 2014 and we communicated regularly by phone and email. During this time I was able to run many of my lifetime bests and I credit much of my success in 2014 to Scott even though we did not formally work together. At the beginning of 2014 I was looking for less structure and decided to no longer use a formal coach. Things that led to my success were racing infrequently, increasing the quality of my workouts, and running an appropriate volume of miles.

Both the USATF and VdotO2 clinic stressed the role of the coach to create the proper environment for the athlete to excel. It was also refreshing to hear Lynn Jennings speak at the VdotO2 clinic to the merits of hiring a coach. As an elite athlete Jennings was candid about her struggles and perseverance in the sport. Jennings had been a natural stand out high school but had not seen much success in college. Jennings decided to get serious about running again when spectating the 1984 woman’s marathon on television while painting her parent’s fence. Jennings spoke of “being out of shape, overweight, and depressed and seeing Joan Benoit Samuelson win really motived me to make a change.” Jennings decision to make a change included lofty goals – winning an Olympic medal, winning the world cross country championships, winning a world championship in track, setting an American record on the track, and setting a world record on the track. To accomplish these goals Jennings hired a coach and spoke of the process. Jennings hired a coach she knew and trusted but always paid for coaching and treated coaching as a business arrangement. The reason for doing this was that she understood you get what you pay for and wanted to have both her and her coach be vested in the process. The arrangement was a success because Jennings did go on to win an Olympic Bronze medal, several World Cross Country Championships, and two World Championships in indoor track. In addition to these accomplishments Jennings went on to set a world record in the indoor 5,000 meters and an American record in the 10,000 meters. For me I have been tremendously lucky to have the guidance of the individuals I spoke of and the decision to coach athletes comes as a way of paying this gratitude forward. 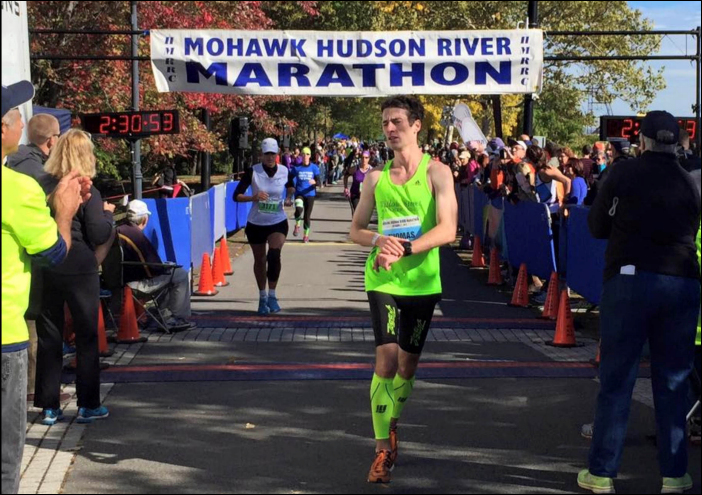