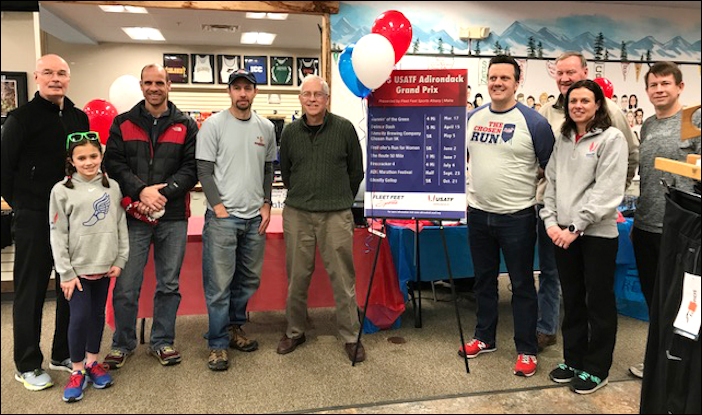 Fleet Feet Sports Albany had a kick off ceremony on Sunday, February 4, of the 2018 USATF Adirondack Association Grand Prix race series.  The directors of the eight races that comprise the event gave away gifts and lots of information about their races.  Many of the races are tied to community events like parades, fireworks, craft fairs, town barbecues, and fun contests. 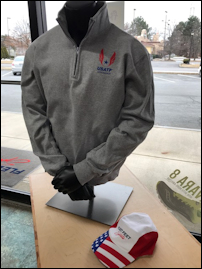 USATF Adirondack members who participate in five or more events are guaranteed a Grand Prix sweatshirt.

The Adirondack USATF and Fleet Feet are each giving thousands of dollars in total to lucky runners.

Prize Allocations for each of six divisions:

Open Men Male runners 18+ on the day of the race

Open Women Female runners 18+ on the day of the race

It is an honor to be in the USATF Adirondack Series as racing clubs throughout the region compete to be included.  Race directors submit a detailed bid that is voted on with ultimately only eight being selected.  Therefore for the HMRRC to have two races included is an achievement and we thank Race Directors Brian Northan, Runnin’ of the Green, and David Tromp, Delmar Dash, for their achievement!

Below are listed websites for each race to go to for information and entry forms.

Underneath are some fun facts (highlights) from the race directors.

David Tromp, race director. Finish these two races and you are only three races away from a free USATF Adirondack sweatshirt!! Bethlehem Middle School, Delmar, 9:00 a.m. 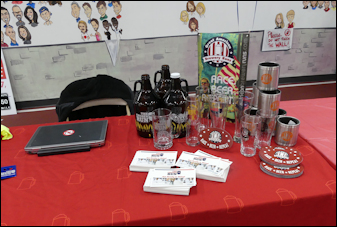 John Ewald, race director for the Chosen Run 5K at in Shmaltz Brewery (TIME & LOCATION).  2nd year in USATF but 10th for the race.  Sold out early last year.  Last year capped at 850 because of parking shortage but this year have bigger lot and are reaching for 1500.  They do not give medals but custom coasters, a custom glass, and a free growler for a team of 10 or more. They don’t include race shirts but sell them.  Free beer named Sling Shot, a light IPA that John says is perfect for after a good run.  Shmaltz Brewery, Clifton Park, 10 a.m. 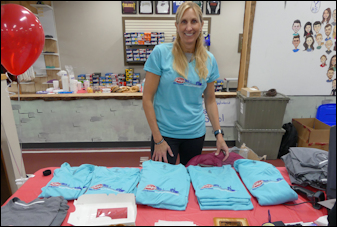 Kristin Hislop, co-race director with Patrick Lynskey.  Thousands of women of all ages and abilities compete alongside many of the country’s greatest long distance runners. In addition to the Women's 5k, the weekend events include a Health & Fitness Expo and a Kids Run series including the Freihofer’s Junior 3k.  Free cookies for all!  Forty years of firsts is a great reason to celebrate on June 2nd. Washington Ave., Albany, 9 a.m. 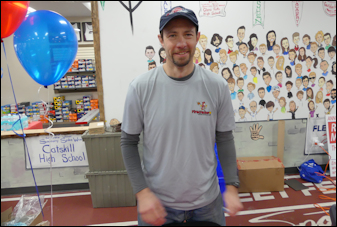 Patrick Lynskey, race director. Partnering with Fleet Feet and downtown Saratoga Springs businesses and restaurants.  Special awards category for Military and Public Safety participants.  Aiming for 4,000 runners to go four miles on the fourth.  Race kicks off at 9:00 a.m. then followed by fun events throughout the day including parades, barbecues, desserts, bands, parties all capped by fireworks at night.  Click here for schedule.  Saratoga Springs, 9:00 a.m. on!

Gary Sheffer, race director.  Race is in its 18th year and it’s a great fundraiser for the library in Hudson.  There is also a one-mile fun Senior run for kids.  Awards are given for costumes, teams and race winners.  Hudson High School, 11:30 a.m. 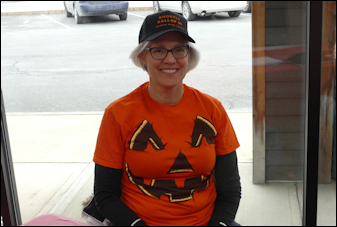