by Members of the HMRRC

Willow Street is sending a team to Boston. 4/16/184 - some men and women. Plus our masters team is heading to Shamrock 8k Masters Championship as well as I’m running the half marathon in Virginia Beach, 3/17/18. We also have a team for Runnin’ of the Green and Delmar Dash.

I’m racing at the CAC in Barranquilla, Colombia (that’s my focus meet). But in preparation for other race meets, such as the Stanford Invitational and the Virginia Challenge. 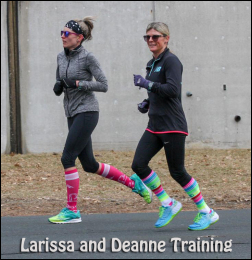 I am training for Boston Marathon on April 16, 2018. That is the marathon I got injured at last year - a very bad case hip flexor tendinitis that forced me to use crutches for a month and take 3 months off completely from running. This year that is my goal race in hopes I can just run it and have fun and finish healthy. I also registered for my first half ironman on August 26,2018 in Maine. After Boston I plan on training for that triathlon and maintaining my running fitness. I found a love for swimming when I was injured. I swim 3 times a week now. I find it helps me stay injury free and it’s an amazing workout. I plan on doing a few smaller local races too if they fit in my schedule. 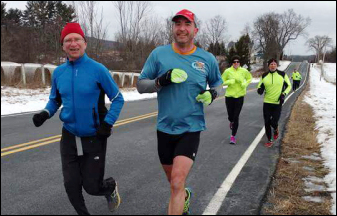 My March and April races are 3. My main one is Traprock 50k trail race in Connecticut on 4/14 A 3 loop race.  They also have a 1 loop run if you only wanted to do 11 miles. It is a challenging trail race with decent elevation gain and technical trail. Before that race is the Runnin’ of the Green on 3/17. After is Domestic Violence Awareness Lori's Race 5k in Amsterdam on 4/28. 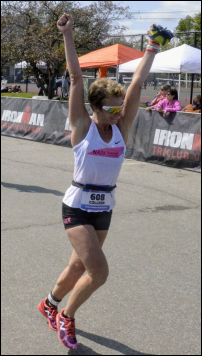 This season I’m focusing on triathlons mostly with a few running races .... RUNNIN’ OF THE GREEN, Rhode Island Half Marathon, Harriman Olympic Triathlon, Syracuse 70.3 and then Ironman Lake Placid .... I’m sooooo excited for the full Ironman !!! Looking forward to racing with all my friends and meeting this huge goal !

Dodge the Deer, and the Vermont City Marathon Relay with my family- Dan, Kim, Tys and Joe. Always do Dodge the Deer. Last year was the first time since my hip surgery that I was not on our team.

Running of the Green, Shmaltz Brewing Chosen Run, Corporate Challenge, Prospect Mountain Race, Wachusett Mountain Race, Route 50 Mile, Mount Washington Road Race (in the lottery at the moment for the last one).  That gets me to June. I have Firecracker 4 miler in Saratoga -planning on 5 of the Grand Prix races over the entire year; and Beach to Beacon 10K in Maine. 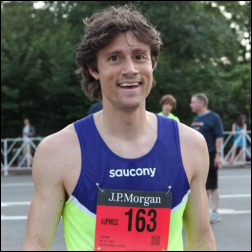 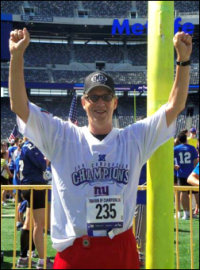 Renee Tolan talked me into the USATF Grand Prix series so: Runnin’ of the Green 4, Delmar Dash 5, Schmaltz Brewery 5k, Route 50 Mile, Fire Cracker 4.  And the old stand bys of Stockade-athon and the Troy Turkey Trot.

I haven’t really made my mind up yet!  I know I am doing the Guilderland Indoor Triathlon on March 4, I think Ryan and I are running the New Bedford Half Marathon on March 18.  Then I’d like to sign up for the Delmar Duathlon, which is on April 29.  I also may want to run the Shires of Vermont Marathon again.  That’s on May 20.  Yikes, so many fun races, so little time and money for race fees!

Running of the Green, Valley Cats 5k and Stockade-athon what I usually race in. 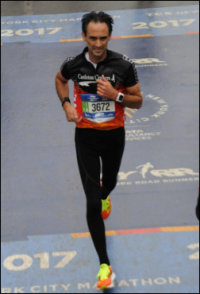 My 16th Dodge the Deer 5k on April 7th in Castleton, Delmar Dash 5 mile on April 15th, Mastodon Challenge 15k on May 7th in Cohoes, and Cooperstown 1/2 marathon called Race the Lake on June 9th! There may be others in between such as the Bill Robinson Masters on April 28th. This one however I have not decided on yet.

Running of the Green, Valley Cats 5k and Stockade-athon are what I usually race in.