How to Cope with Aging As You Run 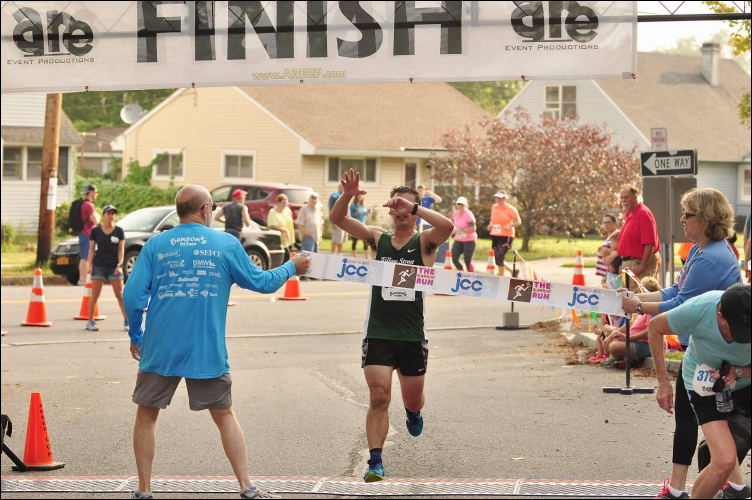 As you move into your mid 40's running takes on new challenges. Old injuries that used to heal in a few days now take weeks or months. Workouts that you used to bounce back from in 2 days now take 3 to 5. Your times get slower even though you're working just as hard. Your life priorities change. You may have a family that takes up more of your time, or you may be a new runner that started later in life and have a completely different out look on running than someone who has been running their whole life. Someone who starts later has the benefit of 5 to 10 years of continued improvement, but also faces the challenge of finding what works for them and how not to over train. They have the inspiration of the newness of the challenge.

What inspires you to keep training hard after running for decades? For me it's that surge of adrenaline before a race or a hard workout. I know I am not as fast as I was, but I still try to be as good as I can be. Lets face it for the most part running for a specific time is a pretty self involved activity. Sure other people read your times and may congratulate you, but you are the only one who is truly satisfied if you hit the time you're striving for.

Running on a masters team keeps me motivated. Knowing that I have to show up at a race and work to be a scoring member of the team is extra incentive to be in shape when I arrive on race day. I had some injuries the past few years and stopped scoring for my team unless they needed 5 guys to score (most masters races only need 3 members to score unlike open and high school teams). This gave me a goal to work to become a scoring member of the team (hopefully I can get back there). I also try to pick a certain goal each year for certain distances. The past few years, my goal was to break 5 minutes in the mile. We all need some type of goal that's attainable, but will take hard work to get there! As I have aged I realized there is more to getting in shape than simply just going out the door for a run. 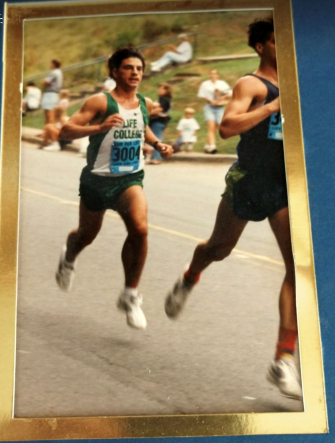 I noticed in my later 20s early 30s that I tended to get the same injuries multiple times. At this point I realized I needed to incorporate some strength training or I would never stay healthy. Luckily I had small children at the time and started working out at the YMCA which had a children's room where the kids can play for 90 minutes. Since I wanted to maximize my 90 minutes I started a core strengthening routine after my run was completed. This was new to me at the time and not as mainstream as it has become in the last decade. Amazingly I stayed healthy for a few years straight for the first time since I was in high school. Coincidentally we did some strength training in high school which I had basically abandoned post college. This must have helped me stay healthy and I didn't realize it at the time. After I hit my late 30s and stopped running for a few years I tried to get back into training for the new masters division. I fell into the trap of just running again and amazingly enough I started having some of the same old injury troubles from my 20s ( hamstring and calf being the main culprits). 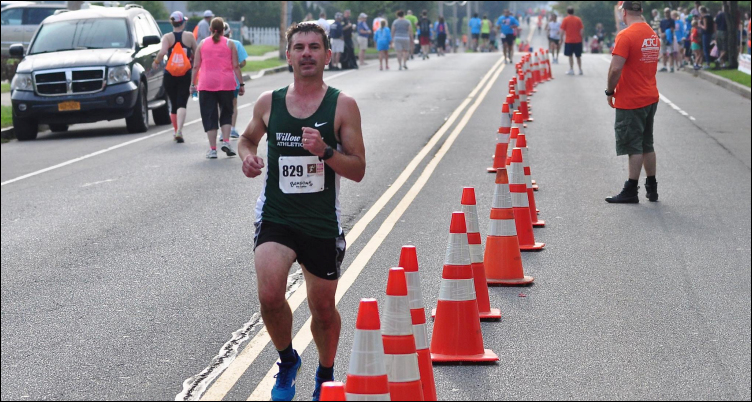 After awhile I realized that running less, taking more recovery time, plus doing core strength training was even more important as I age. When I slack on my core strength work and flexibility training I tweak something and miss more training time. It's not a perfect science between balancing strength work, flexibility, and mileage. You have to really be open to monitoring how you feel and not being locked into have to's. What I mean by have to is, is if you're following a specific training plan and it says run x workout today and you don't feel up to it you may need to reschedule the harder effort. For me that has been the hardest part of aging. I was used to doing a long run on a Sunday, a hard workout on Tuesday, and a tempo effort on Thursday if not racing on Saturday. Now I try and monitor my heart rate daily (if its 8-10 beats higher than normal then I skip the hard workout) and gauge how I feel. Is anything still sore from the last hard effort? Is anything really tight. Especially for me my calf's and hip rotators since they are one of my weaker and inflexible areas. I need to monitor my body's responses more and adjust my workout accordingly. This happens more as I age. 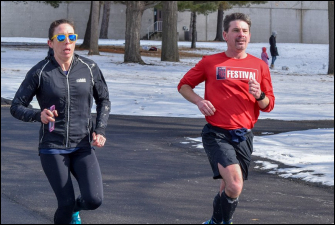 In conclusion as I have been editing this article I have a new injury. Hip impingement, which is a deterioration of the hip joint where the head of your femur sits in the hip socket. Because I'm unable to run I started cross-training. I found I like it. I really enjoy spin classes where I feel the competitive juices flowing as the instructor challenges us to ride hard. I am not sure where my running future lies, but I know I still like to work hard and look forward to new challenges.

Longest active member of the men’s racing team and veteran of the sport. Bob aims to stay healthy and set new PRs as a master’s competitor.