Can It Be? (Surprise Runner) 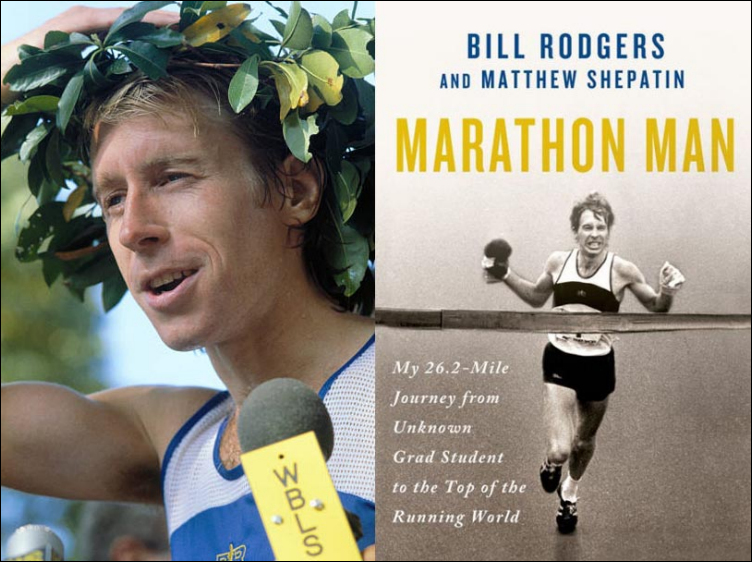 I was taking pictures at the CDPHP Workforce Team Challenge (CDPHP WTC) Race when who should miraculously appear before my eyes but Bill Rodgers, one of the icons of the running boom of the seventies, whizzing by wearing a BBL team t-shirt.  The last time I saw Bill Rodgers “in the flesh” was at the 10K Bicentennial Race in NYC in 1976 that went over the George Washington Bridge, which was gloriously closed for the event with runners covering the lanes instead of cars.  Grete Waitz was with him and because of the democratic nature of running they mingled happily and patiently with everyone including me who came up to them. 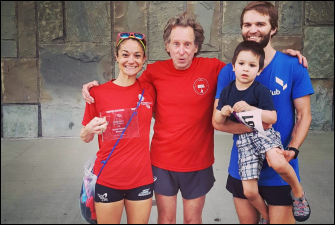 With these memories running through my mind, I went later to take pictures of the winners of the CDPHP WTC Race and who should be there with Karen Bertasso and Matt Brooker but Bill Rodgers awarding them medals for their great victory!  I was so happy. Then I further thought how blessed the running community in Albany is that in the same year we saw the first-ever women's Olympic marathon champion and an American, Joan Benoit from Maine run the Freihofers 40th Annual Race and socialize with everyone, and then be treated to Bill Rodgers appearance at the CDPHP WTC Race!   Rodgers shares the honor of being the only American runner to win 4 Boston Marathons and Four New York City Marathons.  In fact, he won either one or both marathons between 1975 and 1980.  What an exciting time for running led by a great ambassador who is loving and passionate about the sport we love too. 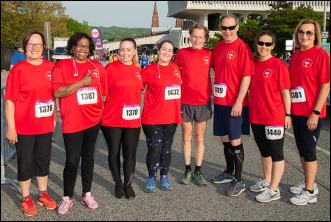 BBL is ranked among the top contractors in the U.S and is headquartered in Albany.

I contacted their team coordinator, Kathleen Tersigni, to find out more about the coup they pulled off in getting Bill to run in the race.  She told me the following:

BBL has been doing the corporate challenge for many, many years and it’s become one of our best attended, company-sponsored events with approximately 100 associates participating every year.

Several of us have previously met Bill and his good nature and love of running are without a doubt infectious.  We thought inviting him would be a great way to get our team excited about what for some is the only time during the year that they participate in a road race. 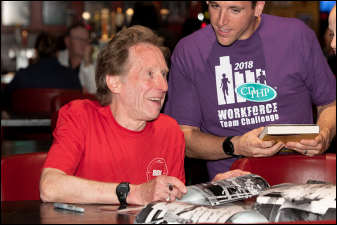 After the race we all headed over to the Recovery Sports Grill for a post-race party where Bill graciously signed photos and regaled us with running tales from his storied career.  A great night was had by all!

I believe it was the race director who spotted Bill walking up Madison Ave and asked him to participate in the awards ceremony, which Bill very generously did.  It was also fun to listen to people in the crowd at the start whispering “Is that Bill?” “I swear that’s Bill Rodgers!”   It’s wonderful to see that people’s affection for him has not waned.  He, like our local Anny Stockman, is truly a treasure. 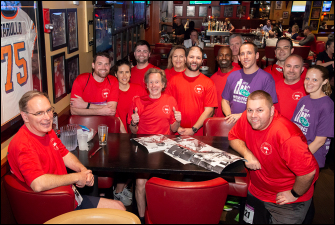 We really appreciate all the hard work that goes into organizing the race and look forward to putting a team together for next year!

We sure hope that they can get Bill Rodgers to race again and if they do, we guarantee there will be another celebratory article in the Pace Setter.

Thanks, BBL!!!  We appreciate your action!

Examine picture below and you will be rewarded! 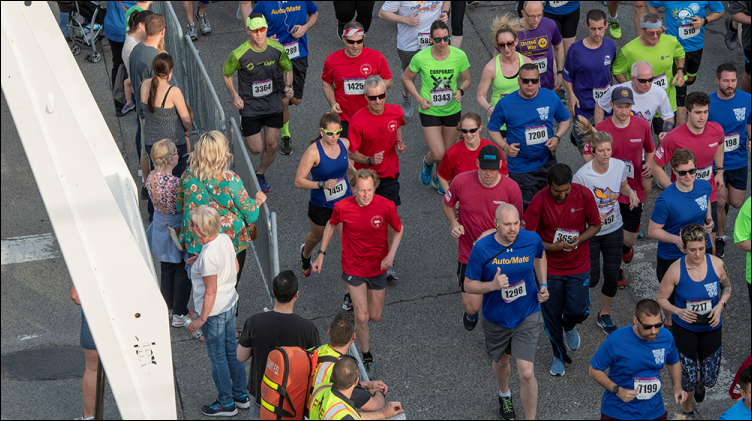