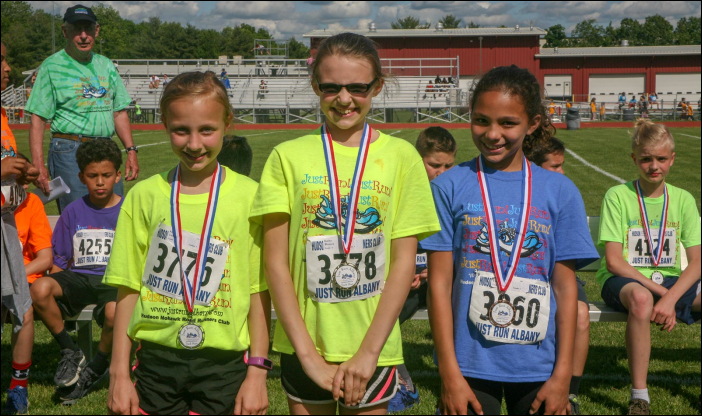 There were two awesome track meets held on June 6 and 12th, with largest number of students from over 33 schools with over 1,800 running in the programs. About 1100 of those athletes participated in one of two end of season track meets at Guilderland high school on June 6th and 12th. That was a lot of shirts to order. It was heartwarming to see the eagerness of the kids and how well they followed directions for their events on the infield, waiting patiently for their heat to be called, running their event and pretty much staying in line as they exited the track after they completed their run. All the results of all races on both days, with the exception of the last event, the 200 meter dash, were delivered in time to distribute all medals for the top 3 places in each grade in each event. As usual, our seasoned timers did an excellent job. Chris Rush (starter) and Pat Glover (finish line coordinator) kept everything moving along like clockwork. Our chief photographer, Bill Meehan, has placed the pictures online for all to see and they are glorious.

Most athletes participated in their two event limit both days which meant that our recorders at the gate copied down close to 2200 bib numbers and times with the results then transferred to the computer. A lot of writing and keypunching! Thanks go to Marcia Adams, Ginny Pezzula, and Karen Dott’s team of recorders for this. All athletes received finisher ribbons for each event in which they competed and the top three finishers in each grade, male and female, in each event received their medals prior to leaving the meet with the exception of the 200 meter results. Those medals were mailed or delivered to the school leaders the following week.

If you look through the results, you will find some great performances by these elementary school students. Several of us have been attending the HMRRC-sponsored Tuesday Night track meets at Colonie High School and have noticed that many students who participated in the Just Run program in elementary school are now showing up at these track meets. This is a direct benefit of this program.

The events could not have happened without the unbelievable help of the more than 50 Hudson Mohawk Road Runners Club volunteers assisting every step of the way throughout both days. We thank everyone who helped.

We will be back in the fall with events at Tawasentha Park in October. If you would like to volunteer to help and witness the joy of the kids competing, that would be great. 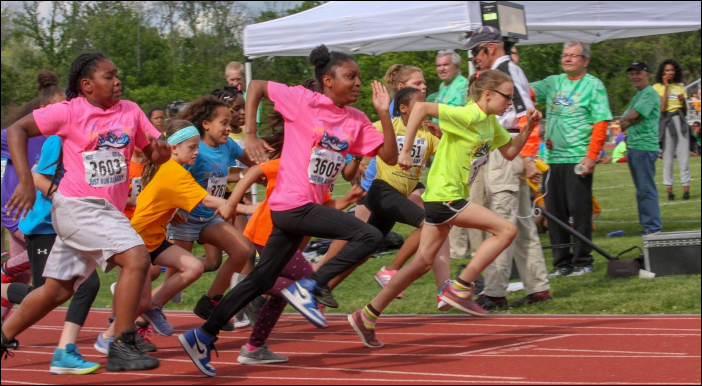