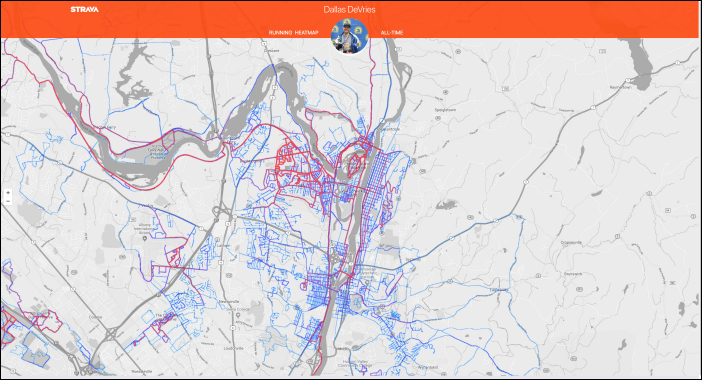 I love to run. A lot. Many of my non-running friends ask me, "How can you run so much or for so long and not get bored?" This is not a simple answer because there are so many different reasons. I love running and there are several different ways I like to keep it fresh, new, and exciting. Heatmapping is one of those ways. What is heatmapping? Quite simply, it's an overlay on a map that shows you where you have run and where you have run the most. There are also crowdsourced heatmaps that will show where people in general run the most in a given area. These are great if you are vacationing or moving to a new area, and want to find the local running hotspots.

If you use some sort of GPS device like a phone or a watch, it can capture all the coordinates that you can use to generate the map overlay. I first heard about the concept in a much more rudimentary form. A friend had a physical map of the area he lived and use to post about how he was filling it in and how big a radius from his house he had completed. This always sounded like an interesting idea to me. Then along came Strava, which will take all of your runs and generate the overlay for you (if you have premium).

Rather than running the same routes everyday I often use my heatmap as an opportunity to run someplace new. I make a game out of finding roads and areas I haven't run yet and trying to fill them all out. It has had the added benefit of discovering some really awesome trails and routes and seeing places that I would never have ventured without exploring beyond my typical run locations. Oftentimes, my original plan gets tossed aside if I find something interesting to explore along the way. For example, in Waterford, I happened upon a trail that ran along the opposite side of Cohoes Falls and brought me right above the falls then dumped me out at Lock 6 for a pretty run along the canal system back to the start.

You will get some strange looks as you run down short dead ends and cul-de-sacs especially in more remote locations. I have also probably run down more private drives than I should have in the name of heatmapping. My end goal is to heatmap the entire Capital District (at least the legal roads). So far I’ve completed Cohoes, Green Island and Watervliet, and I expect I’ll finish Troy, Waterford and Latham over the next 6 months.

If you ever find yourself dreading running that same route you run everyday, consider exploring new parts of your neighborhood, town or city. You will be surprised by what you find! 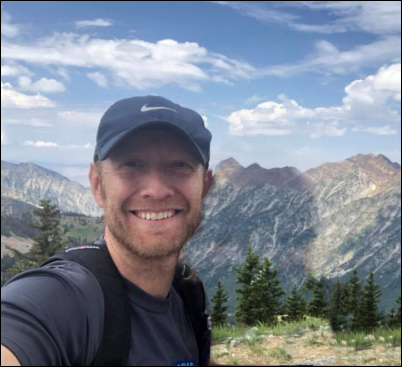 Dallas is the creator of SportSpyder, a way to track news on running and other sports.