Up To Speed: Running News from Around the Web 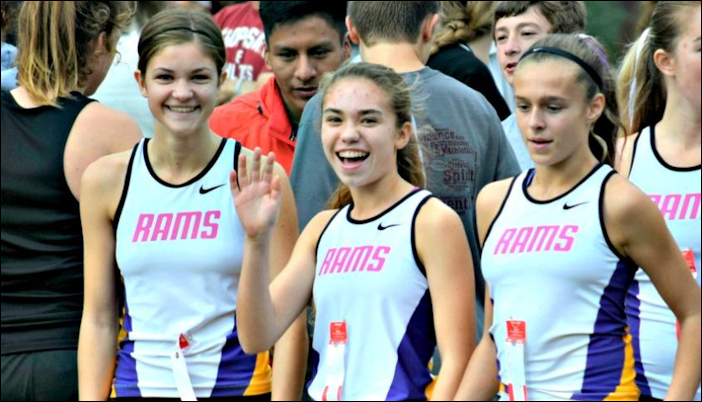 The runner ahead of Olivia Lazarou was about to miss a right turn on the Indian Meadows Park cross country course.  Though she knew it might cost her, Lazarou never hesitated to offer an assist as it looked liked the competitor was going to mistakenly go straight.

To Get Ready for Warm-Weather Running, Start Overdressing in Cool Weather

A fitness app that posts a map of its users’ activity has unwittingly revealed the locations and habits of military bases and personnel, including those of American forces in Iraq and Syria, security analysts say.

What a $4,000 Treadmill Means for the Future of Gadgets

Called Peloton Tread, it has been in development for nearly two years and will begin shipping in the fall. Its design boasts exotic materials, enveloping surround sound, a running board that fairly glides under your feet, and a den-size 32-inch screen.

Learn about the places you run by!

The Perfect Breakfast for Every Runner

The age-old question “What should I eat before a long run or race?” plagues every runner. An ideal pre-workout meal is high in carbohydrates, moderate in protein, and low in fat—the latter two are harder to digest, and can cause GI issues.

Mr. April is a co-founder of the Fishtown Beer Runners, one in a long line of clubs that celebrate the joys of running and beer drinking.

The Mysterious Interior World of Exercise

What happens to our bodies when we exercise…

When running is More than a Sport

The concept appears to be in step with a distinct trend in running, as well as an emerging one in marketing. The competitive running boom, which led to a glut of races with steep fees, has crested and started giving way to more social, and less exclusive, events like mud runs. The sport’s future may be more about connecting than competing.

Bekele, 35, regarded by many as the greatest distance runner of all time and holder of the 5,000m and 10,000m world records, finished second in London last year and was third in 2016.

These 7 Late-Bloomers Prove Runners Only Get Better (and Better!) With Age

Wonder if they will beat Anny Stockman’s record at age 85!!!!

Sharing a kidney and a few races including marathons
His brother Dan let doctors carve out a piece of his major organ so his brother Don could live a full life including many more races by his side. The surgery was scheduled for that April, and in true Davis family fashion, the brothers made a competition of who would recover fastest.

How to prep for running in different climates

Did you know this? An unexpected effect of cold air is increased urination. Read article to find out why.

Fancy a Swift Half? Race a half marathon with beer every two miles.

You may not even care if  you finish this race in Wimbledon, England.

Two-time World marathon champion Edna Kiplagat of Kenya has confirmed she will compete in one half marathon in Japan prior to her title defence at the Boston Marathon in April.

8 Marathons to Run Before Summer

Looking for a challenge in 2018? Look no further than these eight marathons, all coming up before the summer season.

Molly Huddle broke the American record for the half marathon…

He ran his first marathon in Boston in 1969. Forty years later, he had completed 744 of them, running 26.2-mile races in all 50 states, every Canadian province and on every continent, including Antarctica.