Jon Rocco and Tom Adams were officially inducted into the HMRRC Hall of Fame at the club’s annual banquet on Saturday, February 6.

Selection to the HOF requires candidates to satisfy a variety of requirements. Performance as a runner and contributions to the running community are the primary requirements, though, and there’s no question that this year's inductees fit the bill. 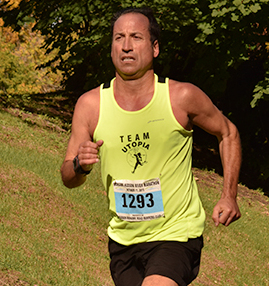 Jon Rocco has served two stints as HMRRC President and is currently the chair of the Race Committee. He’s served as director of Winter Series #3, Water Coordinator for the Workforce Team Challenge, and administrator of the HMRRC Facebook page, among other volunteer activities. He received the club’s Distinguished Service Award in 2014. 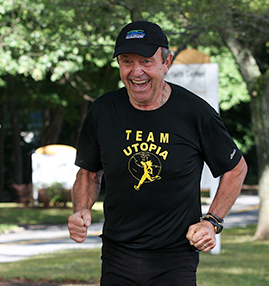 Tom Adams is the club’s ultimate volunteer. Over the past 15 years, there’s almost no club running event to which Tom has not made significant contributions. Together with his wife Marcia, Tom directed the Delmar Dash for five years and has served as a coordinator at numerous club events. He also took the lead in securing the club’s van, which he has maintained and provisioned (to the unending appreciation of almost every club race director). And, when the club rented its new club house, Tom was instrumental is fixing the space up. In recognition of his service, Tom received the Distinguished Service Award in 2010.

Perhaps the most distinguishing characteristic of both Jon and Tom is their unfailing good cheer and good will toward the runners and volunteers they work with. Always a smile on both faces!

Congratulations, Jon and Tom, on your induction into the Hall of Fame!